We have all had “butterflies” in our stomach or “gut-wrenching” pain in our belly on occasion, but did you know this occurs because there is a direct connection between your gut and your brain? Maybe you are well-read and already know this, but let’s step back and define “gut” for those who are blown away by that first sentence.

The term “gut,” refers to the more than 100 million cells (or microbiota) that line your digestive system extending from the esophagus all the way down to the rectum. This includes your stomach, small intestine, large intestine and colon. To further define, the microbiome is all microorganisms (bacteria, fungi, viruses) in the human body and their genetic material, while the microbiota is all the microorganisms in a specific location.1 In this discussion, I will be referring to the gastrointestinal tract when using the term microbiota.

Your gut is sensitive to emotions like anger, anxiety, sadness and joy due to this gut-brain connection. Likewise, signals from the gut are sent directly to the brain via the vagus nerve or through chemical connections by way of neurotransmitters. This bidirectional communication between the central nervous system and gut is influenced by your gut microbiota and increasing evidence links the gut microbiota not only to gastrointestinal disease but also illnesses outside of the GI system.2

When the gut microbiota is challenged by stress, poor nutrition or antibiotics, it undergoes physiologic changes leading to an imbalance that is referred to as “dysbiosis.” Dybiosis increases intestinal permeability and allows leakage of bacteria and other metabolites through the mucosa of the gut and into the systemic circulation. This has been termed “leaky gut syndrome.” Dysbiosis can occur in the large or small intestine, but becomes most problematic in the small intestine due to the small intestine’s thinner mucosal lining which has the surface area of a tennis court but thickness of a paper towel! A stressed microbiome from gastrointestinal inflammation also causes release of cytokines (signaling molecules that mediate and regulate immunity and inflammation) and neurotransmitters that increase the permeability of the blood-brain barrier.5 Thus leaky gut = leaky brain.

Increased intestinal permeability impairs the host immune system and has been linked to diseases such as inflammatory bowel disease, asthma, diabetes and psychiatric illnesses such as anxiety and depression.3,4 Mark Hyman, an internationally known functional medicine physician, says we are experiencing an epidemic of “broken brains,” manifesting as ADHD, anxiety, depression, Alzheimer’s, bipolar disorder, and others. Subtler symptoms such as poor sleep, difficulty concentrating, decreased memory or “brain fog” are also attributed to gut dysbiosis.

If you have read this far, you might be completely overwhelmed because you either a) have a gut issue that you think could be a result of dysbiosis or b) have a psychiatric diagnosis mentioned above. Take three deep breaths and let’s discuss what you can do to improve your gut health. The first step is to establish care with a provider who has the diagnostic tools and advanced lab testing to determine the underlying cause. Some possibilities include food sensitivities, small intestinal bacterial overgrowth (SIBO), inflammatory bowel disease and malabsorptive disorders, all diagnosed with specific lab testing available at Spruce MD. Second step is to clean up your diet. Meals should be plentiful in vegetables, fruits, whole grains and sustainably caught seafood while limited in processed, sugary, and fried foods. Third, you want to eat bacteria (the good kind) found in foods to replenish your gut microbiota. Probiotic foods and beverages include kombucha, plain yogurt or kefir, kimchi, sauerkraut, miso and apple cider vinegar. Fourth, feed your good bacteria with prebiotic foods which contain indigestible fibers that ferment the GI tract. Prebiotic foods include garlic, onions, Jerusalem artichokes (sunchokes), leeks, apples, bananas and asparagus. Finally, while antibiotics can be life-saving in the appropriate situation, they should be avoided unless your doctor says they are absolutely necessary as they can kill off good bacteria in your gut. Antibiotics can be life saving but are not needed for every little sniffle.

We see a lot of patients at Spruce MD with gut issues as well as mental health diagnoses. More often than not, these are interconnected. By getting to the root cause of gastrointestinal symptoms and healing the gut, we see improvement in mood, memory and overall wellness. Be an advocate for yourself and find a provider that will look deeper for the underlying etiology of your symptoms. 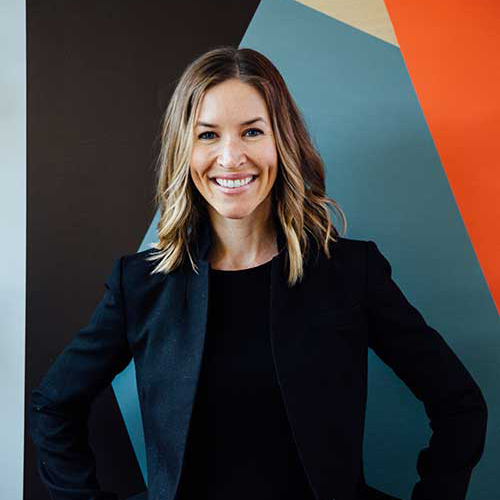